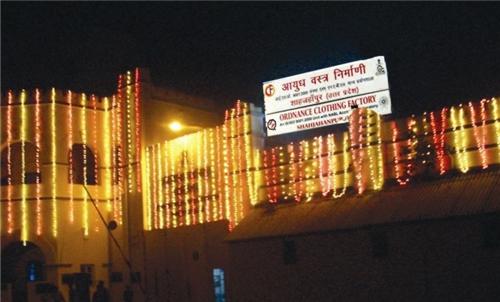 Shahjahanpur is situated on the banks of River Garrah, Khannaut and on the high urea belt which gives rooms for the commencement of urea fertilizer plant and thermal power plant projects in the city. The good roadway and railway lines also aid these industries in their raw material supply and in end-product export.

The Shahjahanpur clothing factory covers about 20.02 hectare land spread, while the estate covers about 125.1 hectare land spread. The clothing manufacturing units in the factory involves textile units, clothing items units for all the three wings in defence i.e. Army for which nearly 21 products are manufactured, Navy for which socks dark OG is manufactured and Air force for which nearly 13 products are manufactured apart from MHA i.e. Ministry of Home affairs, DGBR i.e. Director-General of the Border Roads Organization and civil supply.

The factory has a vision of improvising and modernising garments. They manufacture at a lowest rate possible without any compromise on the quality. The factory also works on improvising their customer base in export marketing and to catch global customers apart from defence and non-defence customers. The unit also aims to improve their customer satisfaction level by incorporating various equipment and technology and through research & development team. 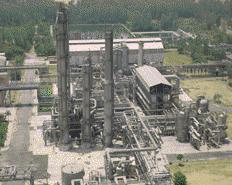 Kribhco Shyam is a fertilizer company which mainly manufactures nitrogenous fertilizers. The fertilizer plant incorporated in Shahjahanpur, Kribhco Shyam Fertilizers Limited by 1995, is one of the latest Greenfield Urea Plant in the nation.

This fertilizer plant has a capacity 864,600 MTPA production of Urea and 501, 600 MTPA production of ammonia. The basic raw materials for the fertilizer plant are the urea and natural gas. The natural gas is acquired from the Hazira-Vijaypur-Jagdishpur pipeline and the plant is installed amidst the largest urea consumption belt of the state from where it acquires urea. 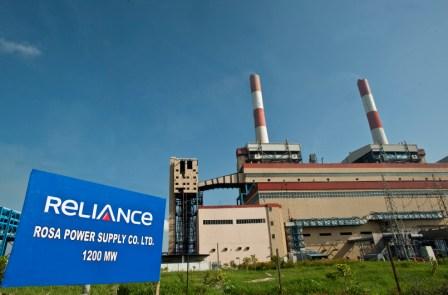 The Rosa Thermal Power Plant is located at Rosa village in Shahjahanpur which has a capacity of 1200 MW power production. The plant has its coordinates at 27°48'59" North and 79°56'15" East. The project was initialised in 1994 as a subordinate of Aditya Birla Power Company, which by 2006 transferred to Reliance power.

At present the entire plant is owned by Reliance Power. The power production at Rosa power plant involves Phase I and Phase II till date. Phase I is the first project which was commenced in 2007 that has started generating power. The main equipment for the Rosa power plant like the generator, boiler and turbine are purchased from Shanghai Electric Corporation, and it gets coal from Central coalfields limited of Ashoka coal mines and water from Garrah River that flows across the city.

The entire power of 600 MW produced in the Rosa plant Phase I is sold to Uttar Pradesh Power Corporation limited. The Phase II has a capacity to produce 600 MW and commenced its operation in 2012. The Rosa power plant in the city provides employment to numerous people in Shahjahanpur.