Diler Khan as per the emperor’s order built a fort in Nainar Khera on the banks of River Garrah and River Khannaut. He formed 52 sub types of “Pathan” caste in the 14 villages handed over to him. Pathans or Pashtuns are Afghans settled down in Shahjahanpur. At present a large number of “mohallas” in Shahjahanpur are also included their names under the sub castes formed by Diler Khan.

The city has a very strong history in Indian Freedom Struggle as Shahjahanpur gave many mighty Indian freedom fighters, who gave their life and soul for the Independence.

Freedom fighters from Shahjahanpur have contributed considerably to the Indian rebellion of 1857. Many freedom fighters from many parts of the nation joined together in Shahjahanpur for Indian rebellion planning, of which the notable personalities were Ahmad Ullah Shah and Badahur Khan from Faizabad and Bareilly, respectively. The efforts of Ahmad Ullah Shah, Bakshi and Nazim Ali failed against the British. Later successful efforts for Indian rebellion were made by Roshan Singh, Ashfaqullah Khan and Ram Prasad Bismil. 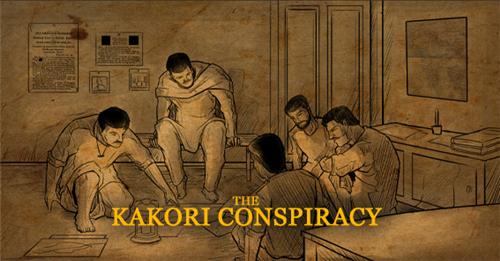 The Matrivedi Sangh society was formed by Ram Prasad Bismil in 1916 under the head of Pt. Genda Lal Dixit. The main motive of the society was to collect funds for Freedom Struggle. The society turned unsuccessful in collecting funds so its members planned for robbery. Then robbery was the main source or technique to collect funds even for the Hindustan Republic Movement started by Ram Prasad Bismil. In search of funds a team of Chandra Shekhar Azad, Ram Prasad Bismil, Rajendra Lahiri and Ashfaqullah Khan planned to rob British government funds near Kakori railway station in August 1925. The team was successful in robbing the funds but within four months nearly 40 people were arrested in connection with the robbery. In 1927 Ram Prasad Bismil, Ashfaqullah Khan, Rajendra Lahiri and Roshan Singh were hanged to death by the British government in connection with Kakori train robbery case.