Shahjahanpur is located in the middle of many popular and historic tourist destinations of Uttar Pradesh. All of these places can be reached from the city through roadways and railways. 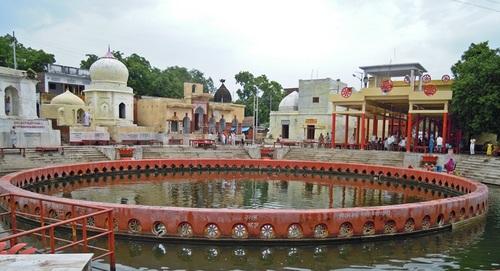 The Naimisaranyam Temple located in Naimisharanya on the banks of River Gomti is a very popular pilgrim destination in Northern India dedicated to Lord Vishnu. The temple is also called as Devaraja Perumal temple. The prime importance for this temple is it is considered as one of the 108 “Divya Desams” of Lord Vishnu in “Nalayira Divya Prabandham” written by Alwars. The temple is enormously funded for various aspects by rulers on different time period. The temple is categorised as “Swayamvyaktha Kshetra” since it is one among the eight temples of self-revealed Lord Vishnu.

The kund or a taalab within the temple premise is called as the “Chankra Kunda” and it is considered holy for bathing. Thousands of devotees turn out each month to this temple for religious practice and for the holy dip. The kund is believed to be created by the holy weapon in the hands of Lord Vishnu the “chakra”. Holy dip in the kund is considered holy during new moon day and in case the new moon day falls on Monday then holy dip in Chankra Kunda and religious worship of Goddess Lalitha is believed to wash away the sins of an individual. The temple also has worship place of Lord Ganesha, Lord Rama, Lord Lakshman and Chakranarayana.

The state capital Lucknow is very popular for its flora and fauna. The Lucknow zoo which is one of the oldest zoos in India, has a spectacular botanical garden and homes a wide range of animals and it is one of the fine picnic destination in Lucknow. The state capital is renowned for its architectural style most of them are Mughals like Rumi Darwaza, Chattar Manzil, Bara Imambara, Asafi Imambara, Hazratganj and the Lal Baradari. The city is very much popular for its food, shopping centres, festivals and arts. 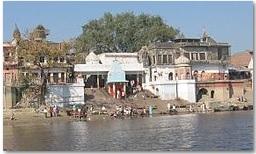 Bithoor on the banks of holy River Ganga has many pilgrim destinations as the city is considered as the birth city of Lord Rama’s twin sons Luv and Kush. Many temples are constructed on the banks of River Ganga. The Brahmavart Ghat and Pattar Ghat were one of the holy Ghats in Uttar Pradesh. The Brahmavart Ghat is popular in Bithoor for its wooden slippers altar where prayers and offering are done by the disciples of Lord Brahma after the ritual bath in the holy river.

The Pattar Ghat is a red stone architecture and it is popular for its giant Lord Shiva’s statue which is made out of kasaauti stone. The Valmiki Ashram in Bithoor is another popular landmark as it is place where Ramayan was written, Goddess Sita stayed here after Lord Rama left her and the ashram is the birth place of Luv and Kush. Other famous places of interest in Bithoor are Dhruva Teela and Siddhidham ashram, Luv-Kush temple, Ram Janaki temple, Nana Saheb Smarak and Jahangir mosque.

Kannauj on the banks of River Ganga is popular for its building and perfumes. Many coins, paintings, manuscripts and weapons are excavated in the city and most of them are kept for public display in Government Archaeological Museum of Kannauj. Siddheswar temple is very popular here.

Explore more about Tourism in Shahjahanpur