Utilities and Services in Shahjahanpur 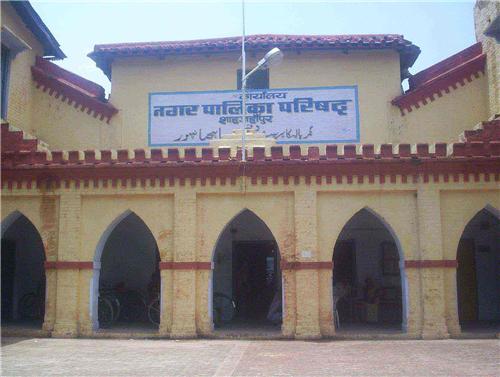 The district headquarters Shahjahanpur provides its citizens various utilities to upgrade their standard of living. Through these utilities the locals enjoy basic amenities like the water supply, sewage clearance, electricity supply, sanitation and many more.

The 74th amendment grand many important responsibilities to the Nagar Palika of Shahjahanpur like city's sanitation, streets and drainage cleaning, debris removal, maintenance of drains, repair of drains, lavatories cleaning, clearance of dead dogs or cattle from the spot, immediate action in controlling any contagious diseases in the city, catching street dogs, city park maintenance, removing dead trees and plants, catching cattle and many more services are offered by the Nagar Palika to the city. One of the elected members of the local body general election is chosen as a Chairman of the Nagar Palika to lead the local body.

The public health department is responsible for sanitation, drainage cleaning, checking on food adulteration and banning the product, registering birth and death certificates, controlling the spread of epidemic diseases, removing garbage heaps, maintaining and repairing drains, supplying water for all residents and commercial establishments in Shahjahanpur and commercial establishments, supplying water to the plants in the city parks, checking and controlling industries which pollute the environment and the public health department also has the authority to issue license under food adulteration impediment act and under by-laws.

The tax department in Shahjahanpur is responsible for collecting taxes for name change, parking area for vehicles, removing encroachments and property transfer. The license department issues license for setting up new industries in the city, issuing license for vehicles, marriage halls, courier services, coaching centres, travel agencies, beauty parlours, cable tv stations, transport agencies and many more. The license department is also in charge of removing advertisement boards that are installed in the city without following certain rules.

Power is supplied to the city through two major power stations that are Govindganj and Bahadurganj power stations. Apart from these power stations a thermal power plant owned by Reliance is also installed at Rosa village.

The regional transport office or the RTO is responsible for issuing licence for driving vehicles upon practical and document testing.

The city operates numerous courier service agencies that are accurate in delivering the courier at the correct address on time. Here is the detailed list of courier services in Shahjahanpur.